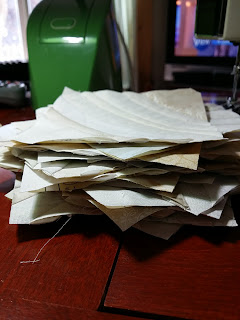 I had so much fun making string block Tuesday that I decided to make more.
I have not made a dent in the neutral string box. 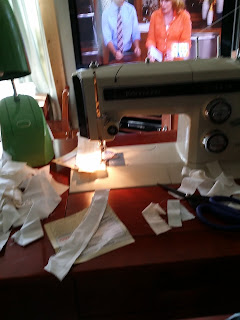 Some days call for mindless sewing in front of the TV.
I had so much fun on Tuesday, I decided to continue Wednesday.
These are 4 1/2" blocks.
They have all been depapered and trimmed to size. 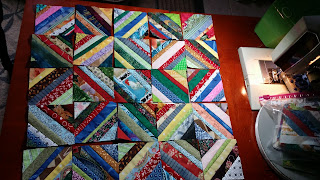 Friday is another string block.
I thought I would put these away but decided to make just a few more.
A few more turned into 25.
36 blocks this week has made a little bit of a dent in this string box.
A very little dent but a dent. 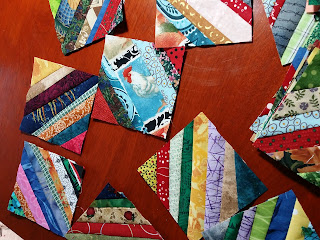 How cute is the rooster block! 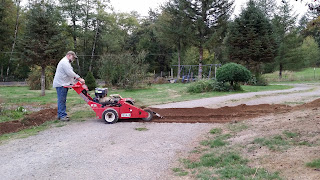 Life on the farm has not been fun this week.
I thought I had run us out of water.
Turns out it wasn't me.
There is a leak in our old water line.
For the past 30 years we have talked about replacing that line. 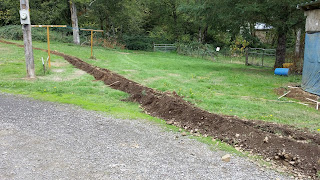 We no longer could put this off.
Day 4 without water is almost over.
We were able to turn the pump on and take quick showers
but couldn't leave it on for very long.

Ernie and his friend have worked hard all day to get this done.

I stayed out of the way and sewed.