Through The Eyes Of A 9 Year Old 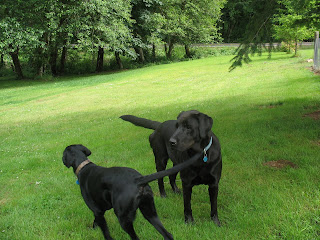 Taylor is staying with me for a couple days and today decided to take the camera out and shoot some pictures. She has always loved to take pictures and has learned a lot just watching her Aunt Jen. Above is Tony and DJ. I'm surprised they stopped moving long enough to have their picture taken. 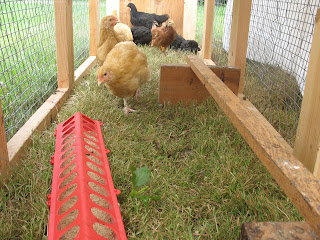 This is a bird's eye view inside the chick's run. (Don't look at the poo on the perch!) Missy Chick is giving Taylor the stink eye! 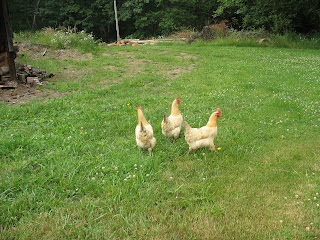 These are the year old hens that give us an egg or 2 every day. Taylor named them Sally, Jessy and Sue. As soon as we heard Sally and Jessy, we waited for her to say Raphael (Sally Jessy Raphael--tv talk show host in the 80s with those fabulous red glasses --I loved her and watched daily!) We aren't sure which girl isn't laying the egg so we blame Sue the Slacker--not named after my Sissy, really, we wouldn't do that! 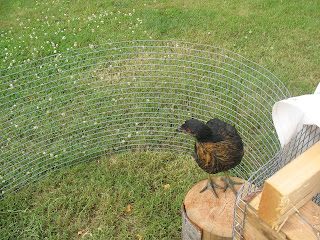 And this little Missy, I think is trying to escape. I wonder if she is the same one that got out yesterday. I'm not quite brave enough to just open the door to the pen and let them go. Will they come back in at night??? So I'm easing it along. First into the little enclosure and maybe this weekend I'll open it up for them to free range.
Posted by Judy D in WA at 5:33 PM

Love the photos. Taylor is a real photographer!